CPS ASEC - SSI/SSDI due to disability

As I was constructing such separate variables, I noticed that quite many individuals indicated that they received SSDI or SSI due to disability but reported zero amount of social security payments received or SSI (2,086 obs and 3,517 obs respectively in the 2019 ASEC).

But when I checked the values in SS_VAL and SSI_VAL among the respondents who indicated receiving SSDI and SSI due to disability, 2,086 and 3,517 observations have zero value.

Maybe I missed something here when I constructed SSDI/SSI disability income variables. Somehow, those zero value respondents are people who did not receive SS or SSI (SS_YN==2 or SSI_YN==2), which does not make sense.

Is there other way to construct SSDI/SSI income amount due to disability? It would be greatly appreciated if you could help me!

Thanks so much!
HJ 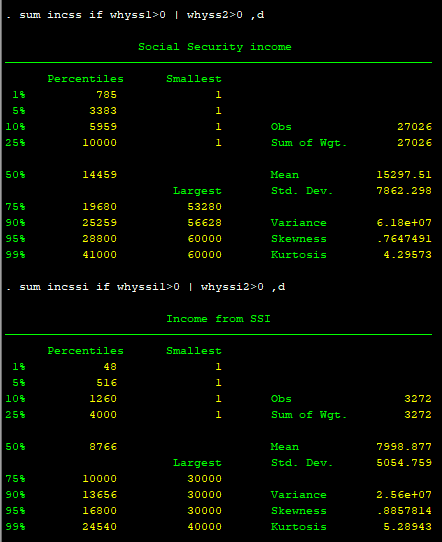 Thank you very much for verifying it! It makes sense.